As the title describes...Beyond infinity! (This mummy has lost count)

Comparing her previous food journey to this new one, u will notice a difference as her list of finger food is larger than the list of new foods being introduced (into her porridge)...
Let me tell you the nightmare gong gong and I faced...(as po po was in spore and daddy in Australia n Amsterdam for business trip). It happened when she refused to eat her porridge for several days!!! Whenever the spoon came near her, she would cry and push it away. Initially we thought it was due to teething, but from my previous experience with baby Si teething, she had no issues at all... nonexistent to the point that we didn't even realized she was teething till 2 teeth sprung up! So what can it be this time that is causing her to not eat? We tried all sorts of method to make her eat but all failed...and I read online that due to teething, babies tend to not want to eat their solid due to gum discomfort and prefer drinking milk... And that was what I did, fed her milk so very often! I felt bad for letting her starve... I had to investigate this matter promptly! Then we were off to our chiang Mai trip. Because we were out n about doing lots of sightseeing, this mummy packed lots of snacks and finger food. We fed her whatever we were eating (rice, watermelon, banana, etc...) And during that trip that it dawn on me that she does eat all the snacks and finger food, thus it can't be teething!!! Coz if her gums are causing her discomfort, she wouldn't even wanna eat anything!!! And here she is, chowing down like a hungry baby!!! The conclusion to my investigation was she prefers food with TEXTURE!!!! Oh my...All these while I was starving her??? Poor baby Si!!! Thank God that the chiang Mai trip happened at the right timing...or else baby Si would have lost a lot of weight...

But it takes a while for her to chew (as she's still learning this new found skill). I would still feed her usual porridge (I make it a point to at least feed her half of what she used to eat) and then top up with textured food... That way I know she's full... And this method works well!!!

Below are the new foods that has been introduced (into her porridge):
Seaweed
Tofu
Spinach (intro at 10+ months)
Spring onions
Black fungus
Eggplant
French beans
Flaxseed

Finger food:
cut-up pieces of banana (took her many many tries to get her to like it. Now she's a banana girl just like her daddy!!!)
whole-grain bread
hard-boiled egg yolk
Rice
Guava
Mango
Tangerines
Watermelon
Rice cakes puffs
Toddler Biscuits

THE RESULT?
Baby Si: "mummy, I'm a big girl now...no more mush please!!!"
Mummy: "can't believe she prefers food with texture. This is a bittersweet moment... Bitter as she is growing up so fast...sweet coz this mummy's blending n puréeing days are almost over!!!" 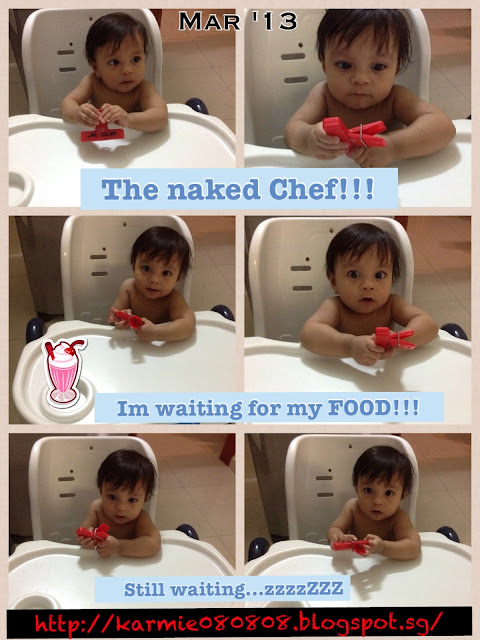 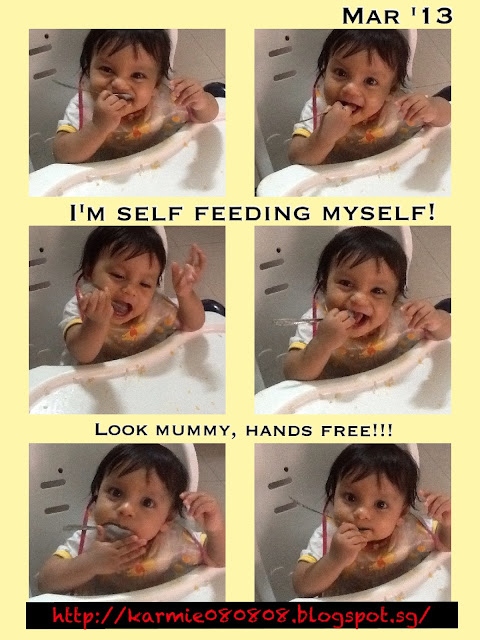 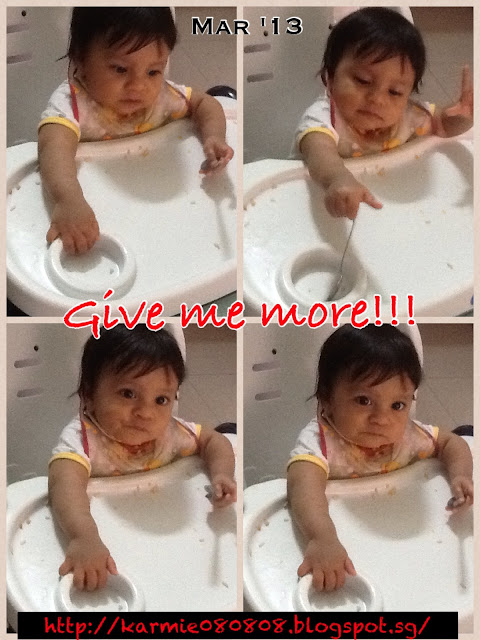 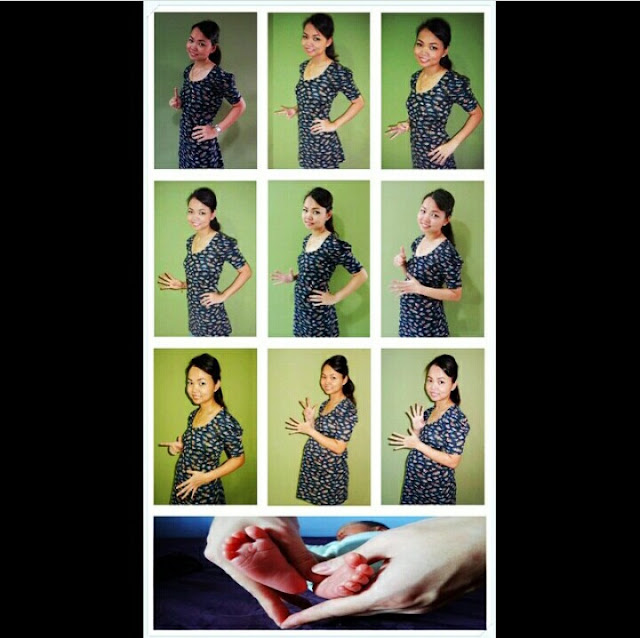